New Mark Commons was founded in 1967

In 2017, our community celebrated its 50th anniversary with a number of activities. 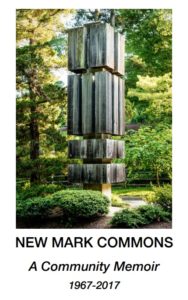 ​We made an all-out effort to collect remembrances, artifacts and photos. Some of our historic photos of a half century of life in NMC were compiled into posters that covered the walls of the Clubhouse for exhibitions that culminated with a celebration on October 21, 2017. The children of the late Edmund Bennett, the developer and builder who conceived of our historic mid-century modern community, came from across the country to attend. Bennett himself had attended the 25th anniversary celebration at the clubhouse in 1992.

A special video/slide show of remembrances, posted below, was created and shown at the Clubhouse. In addition, the 50th Anniversary Committee asked residents to share their memories and stories, and compiled them in a booklet distributed to each household: “NEW MARK COMMONS: A Community Memoir, 1967-2017.” The booklet was published with the help of a $1,000 ROC-N Matching Grant from the City of Rockville. New Mark’s matching contribution was  the hours of volunteer work by more than a dozen residents who were  involved in planning, interviewing, writing and compiling photographs for the commemorative pamphlet.

New Mark resident David Sloane and his sister-in-law Judi Francis created the beautiful video  documenting the history of NMC. It is followed by postings of the news coverage of our 50th anniversary activities throughout the year. We hope you enjoy it, along with the Community Memoir.

More than 100 residents and special guests turned out on the balmy October 21 evening for the annual NMC Board Open House that culminated our 50th Anniversary celebrations, with wine, beer and food aplenty, for the final 50th Anniversary Celebration.

END_OF_DOCUMENT_TOKEN_TO_BE_REPLACED

Rockville City saluted New Mark Commons Monday night, October 16, on the occasion of its 50th anniversary, one of the highlights of this event-filled week surrounding our celebrations. John Daroff, President of the New Mark Commons Homes Association, received the...

END_OF_DOCUMENT_TOKEN_TO_BE_REPLACED 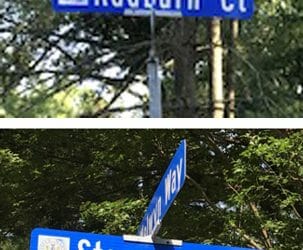 The first article in this series, below, provides a brief introduction to the concept of Garden Cities and New Towns. Most of New Mark’s streets were named by its developer, Ed Bennett, after these large-scale planned communities.

END_OF_DOCUMENT_TOKEN_TO_BE_REPLACED 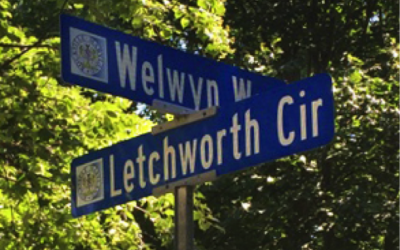 The question of how New Mark Commons got its name has never been fully resolved, apart from references to the idea that it represented a “new mark” on the landscape. But the addition of Esplanade to our main street certainly provided an international ambience to the neighborhood (and has flummoxed countless residents to spell it and explain it to outsiders.)

Nonetheless, we do know this: Ed Bennett, developer of New Mark Commons, was keenly interested in the large-scale planned communities being developed in post-war Europe. He visited many of them and showed his appreciation in naming most of the streets in New Mark.

END_OF_DOCUMENT_TOKEN_TO_BE_REPLACED 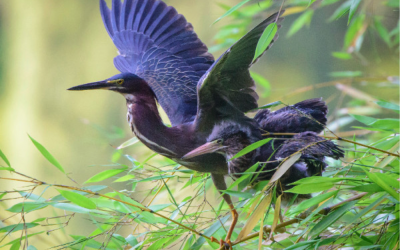 Sally Guardia, a “New Mark Original” who moved into 100 NME in 1971, has leveraged her appreciation of the lakeside setting of her home with her knowledge of nature, artistic eye, and skilled photography.  We will be publishing photos from Sally and other New Mark...

END_OF_DOCUMENT_TOKEN_TO_BE_REPLACED 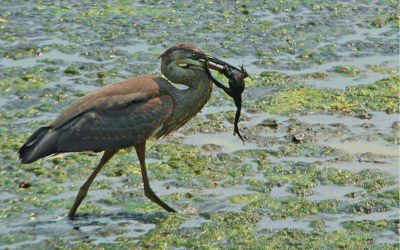 Stories from New Mark’s 50 Years: Ladies of the Lake

In the tales of King Arthur, the Lady of the Lake rises up to deliver Excalibur into the hands of the mythical ruler. While no resident to date is known to have witnessed such a happening, there are other adventuresome stories told by two women chroniclers who live near by.

END_OF_DOCUMENT_TOKEN_TO_BE_REPLACED 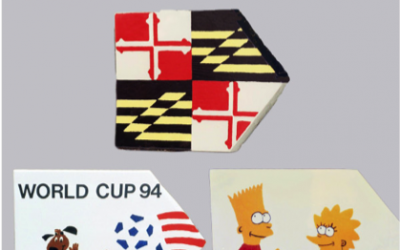 The community’s very first newspaper—that called itself the New Mark Commonist—and successive newsletters have reported much of it. And current residents remember the rest as they talk about 50 years of life in New Mark Commons.

END_OF_DOCUMENT_TOKEN_TO_BE_REPLACED 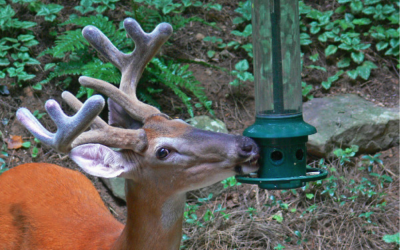 That's the title Ardis Fisher gave this photo when she caught this buck helping himself to her backyard bird feeder. Ardis is one of New Mark's earliest residents, having moved here with husband Al in 1969. The photo was taken in 2009.

END_OF_DOCUMENT_TOKEN_TO_BE_REPLACED 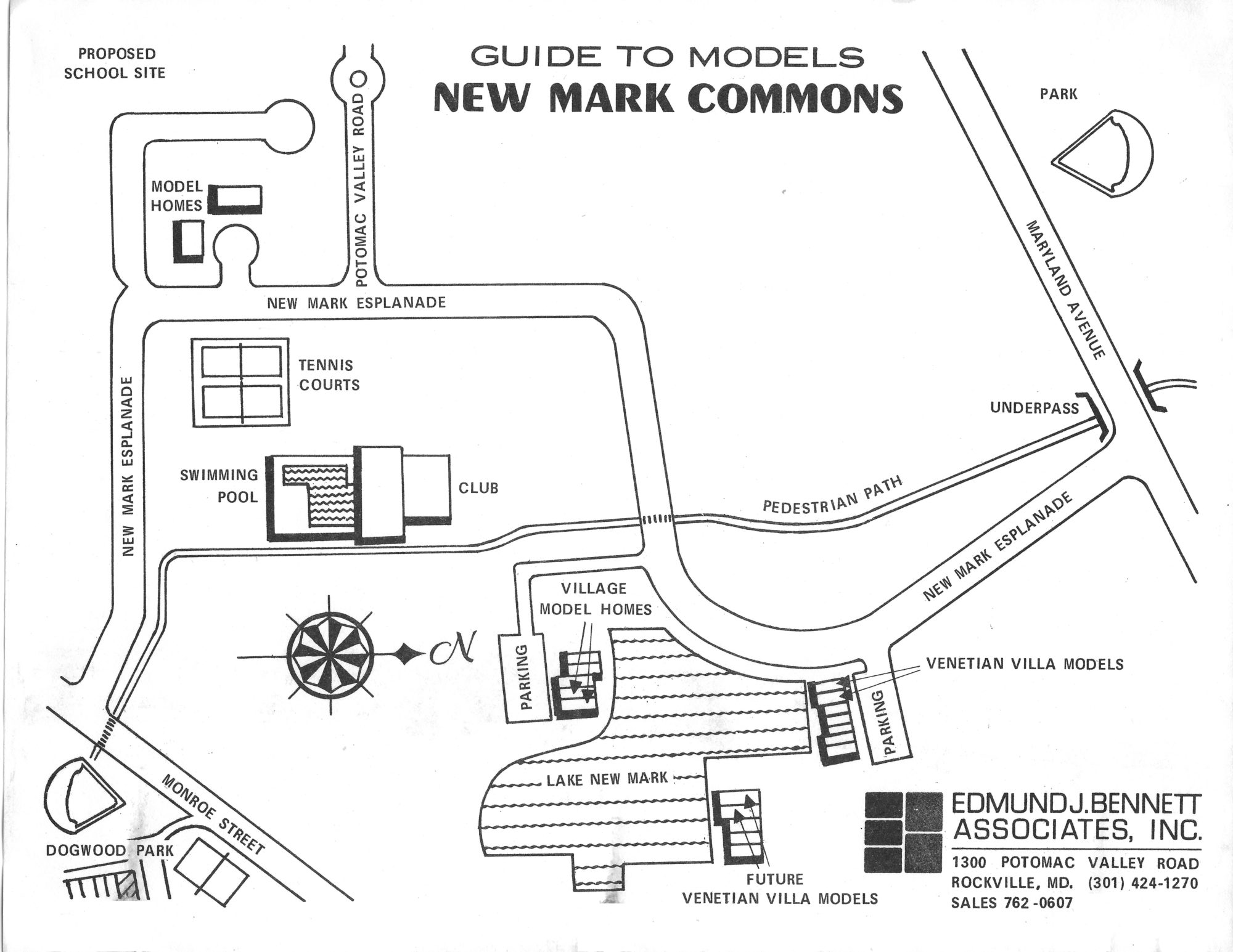 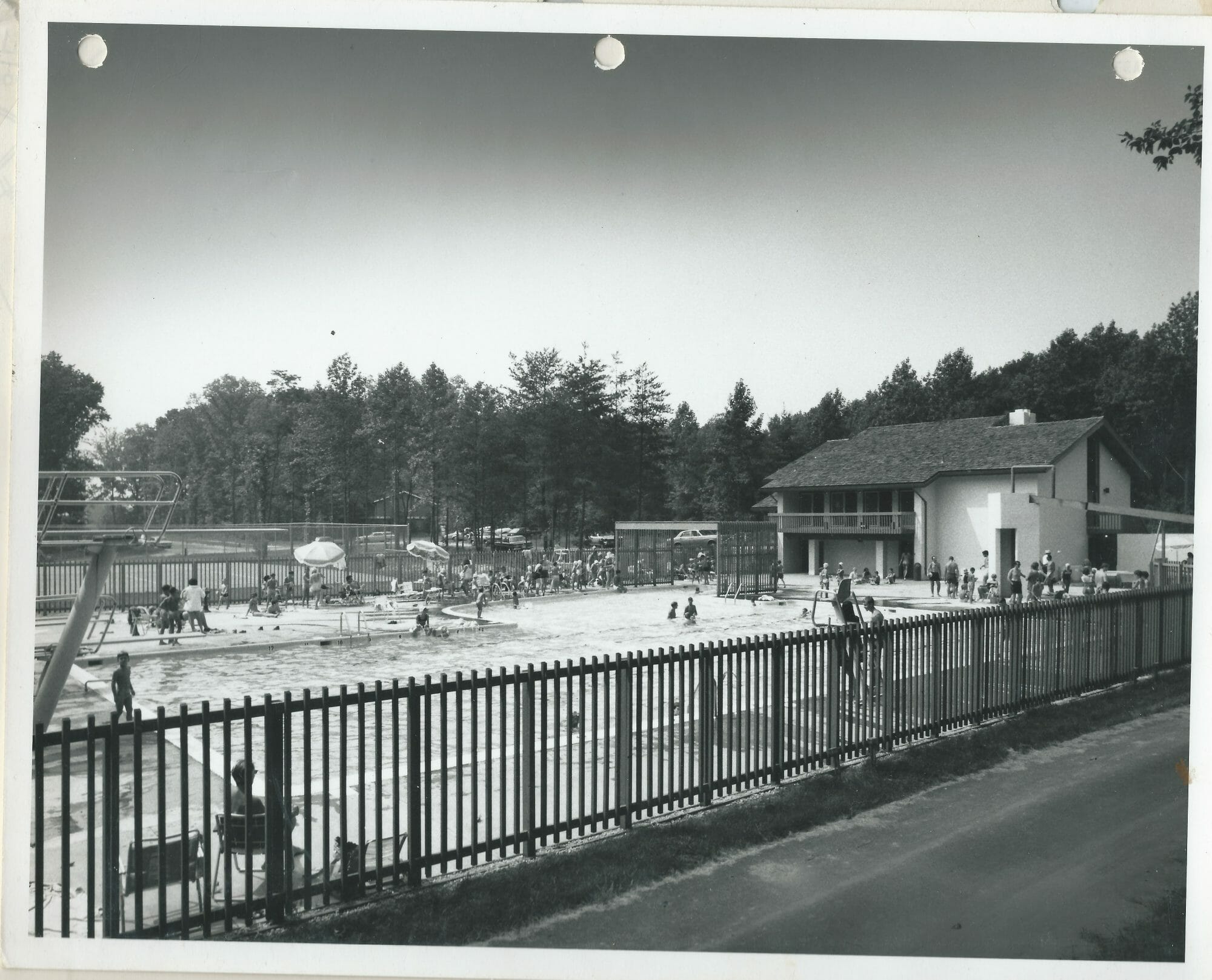 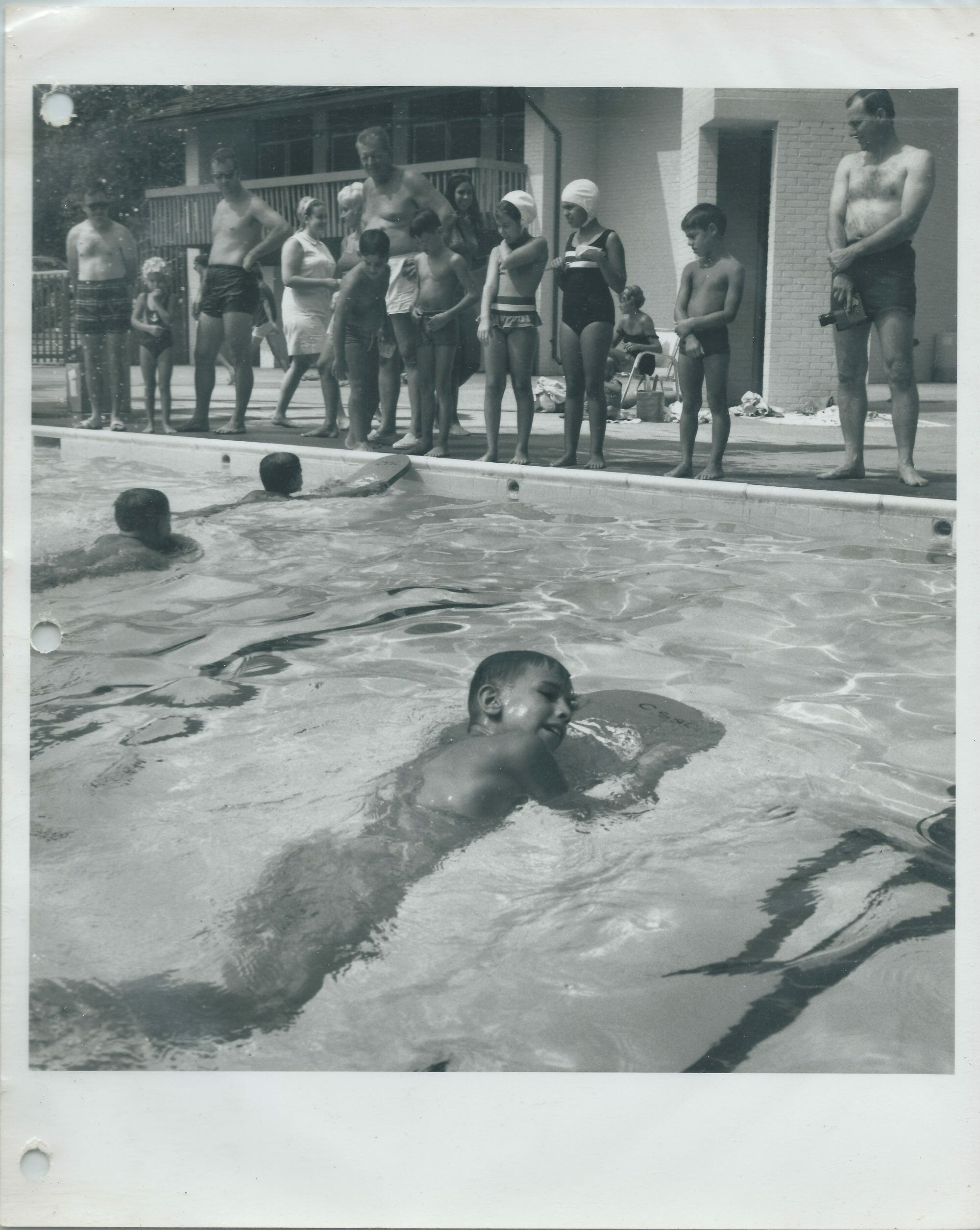 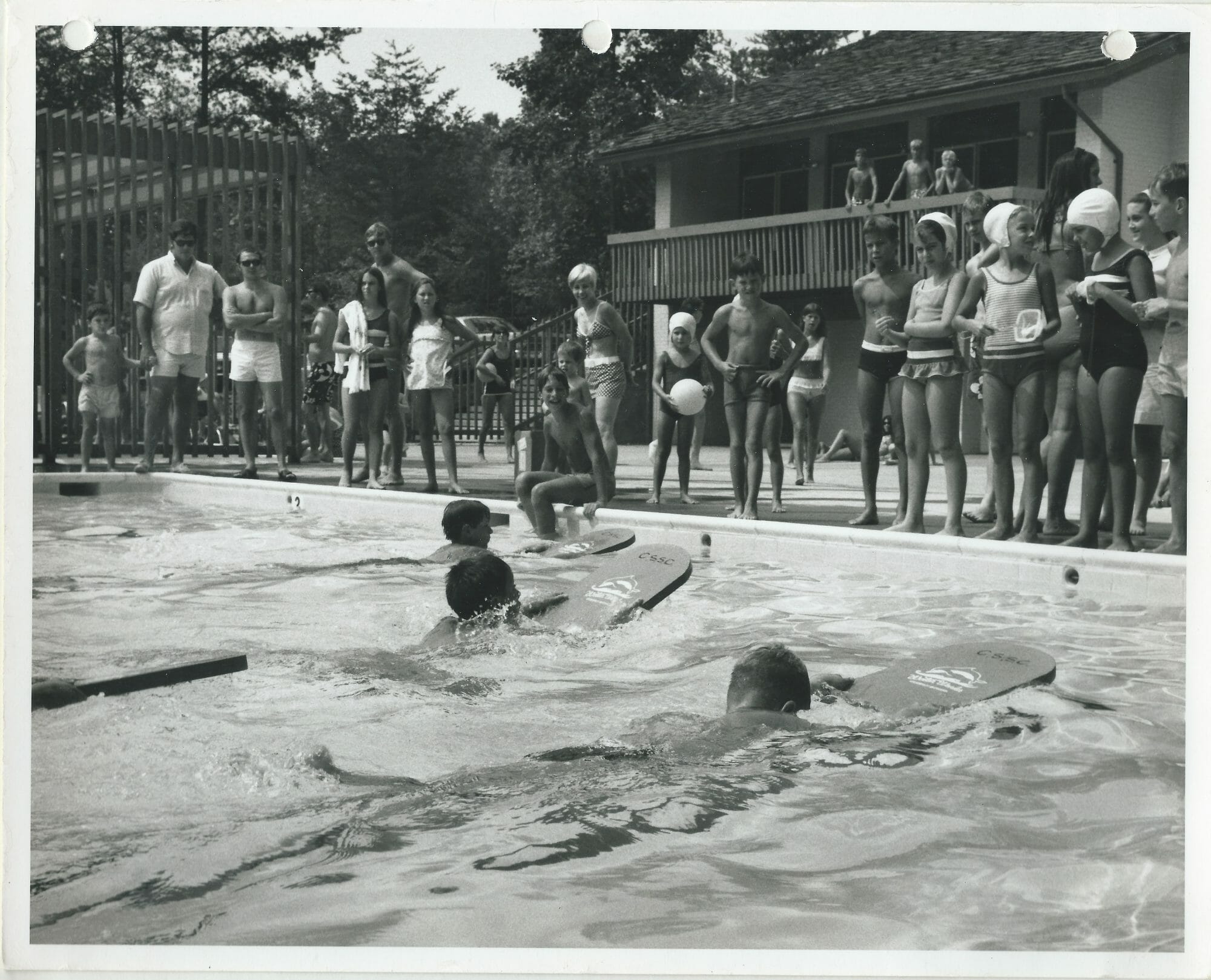 Swimmers from "back then" 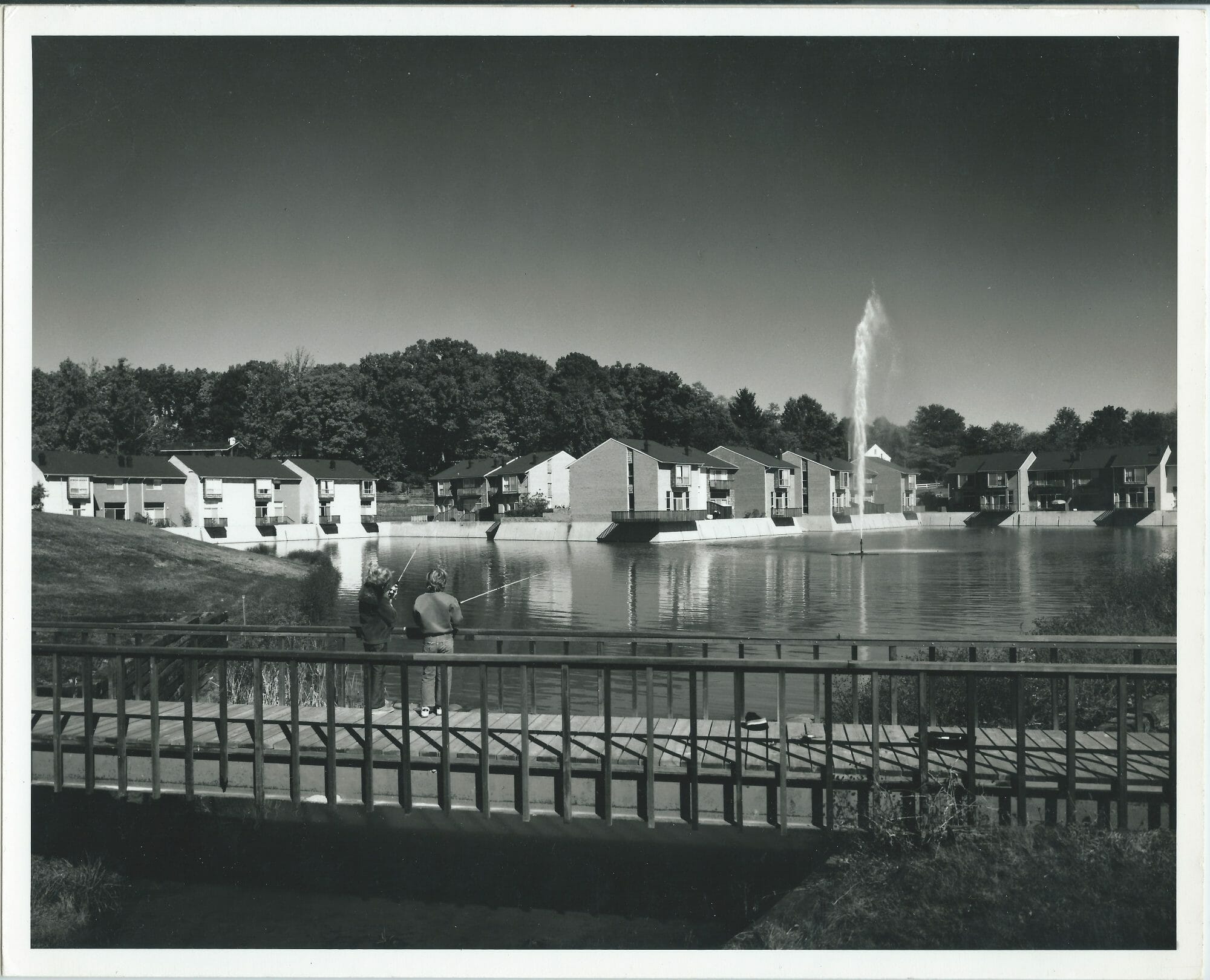 Fishing from the pier 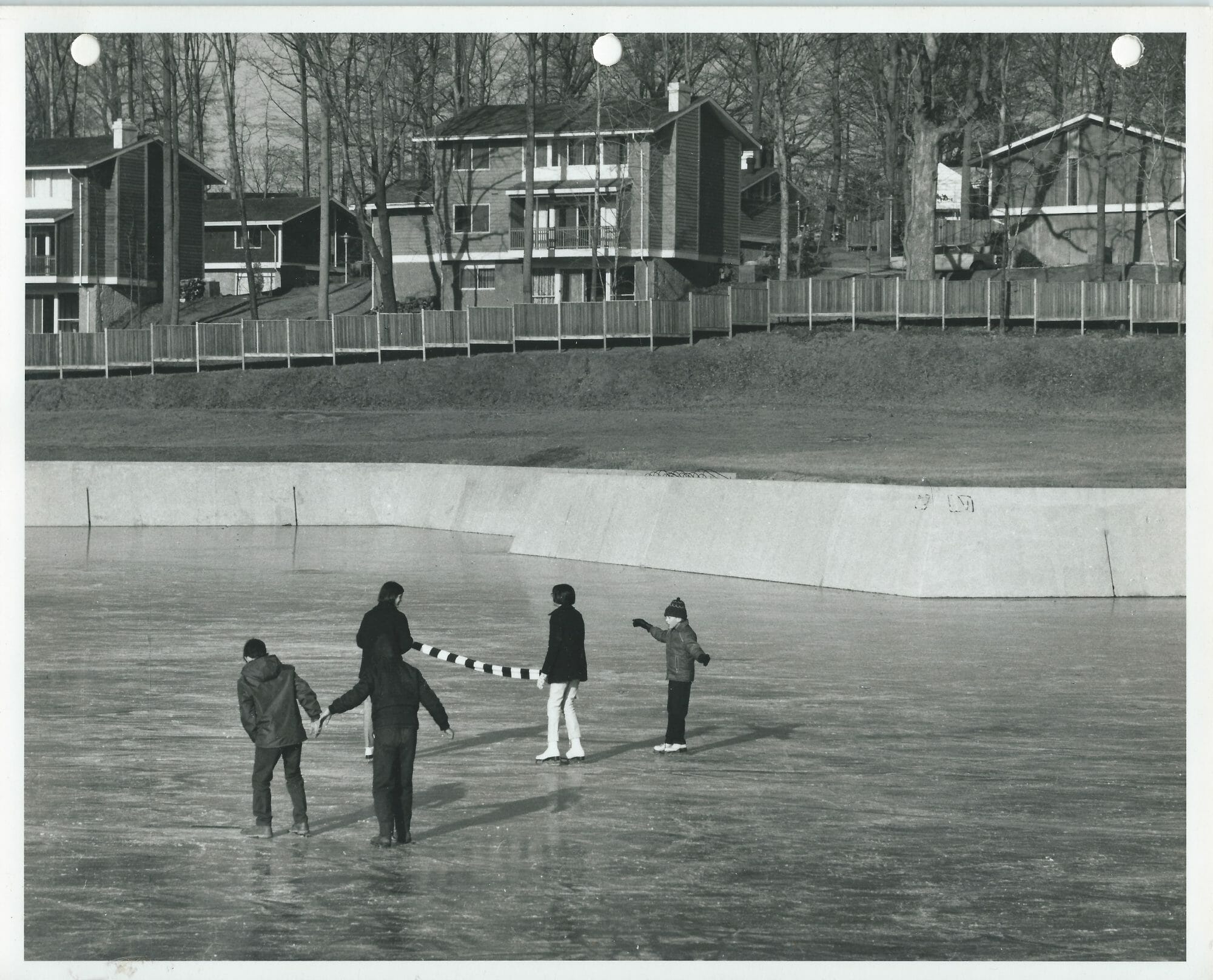 When ice skating was allowed on Lake New Mark 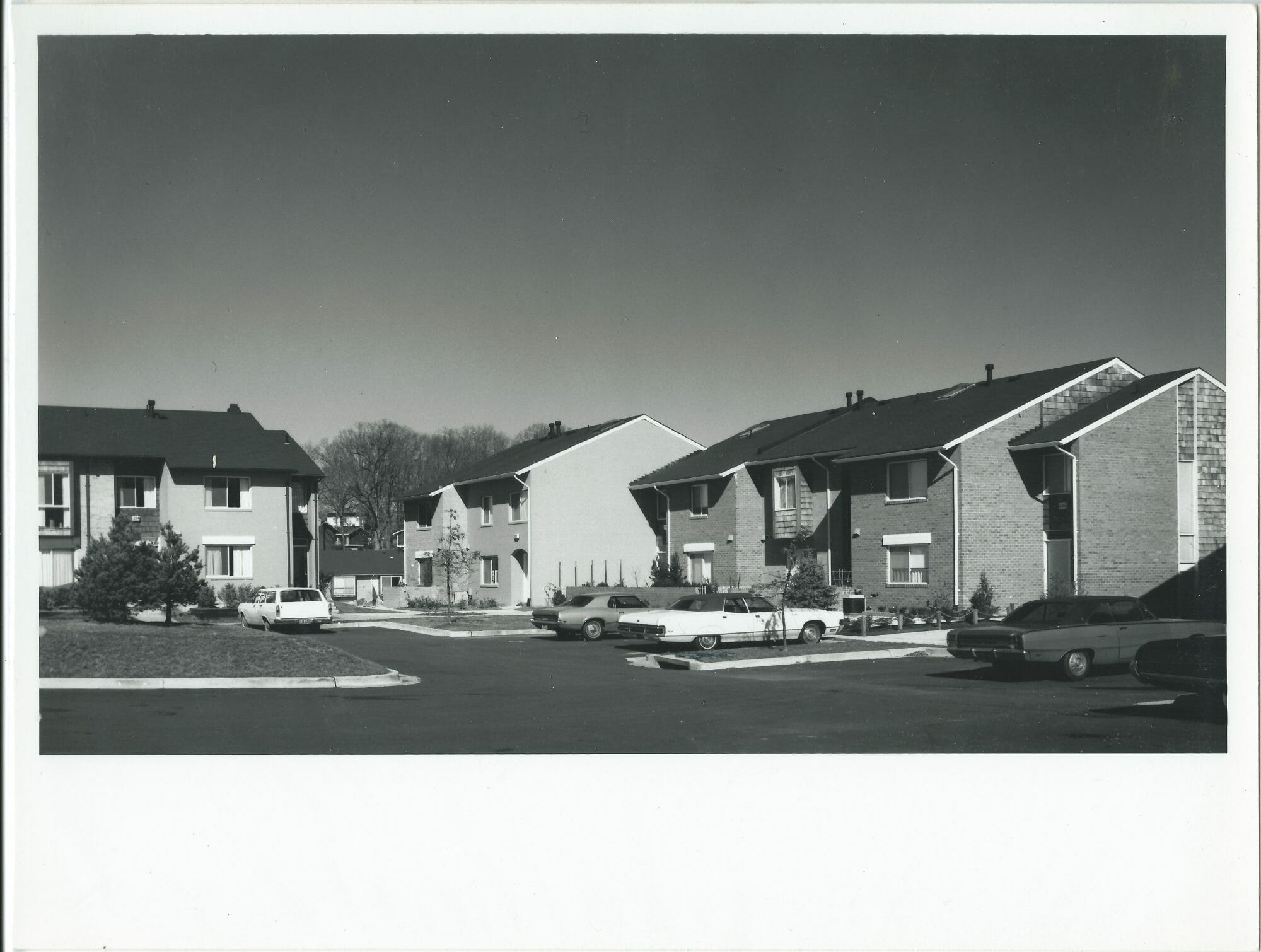 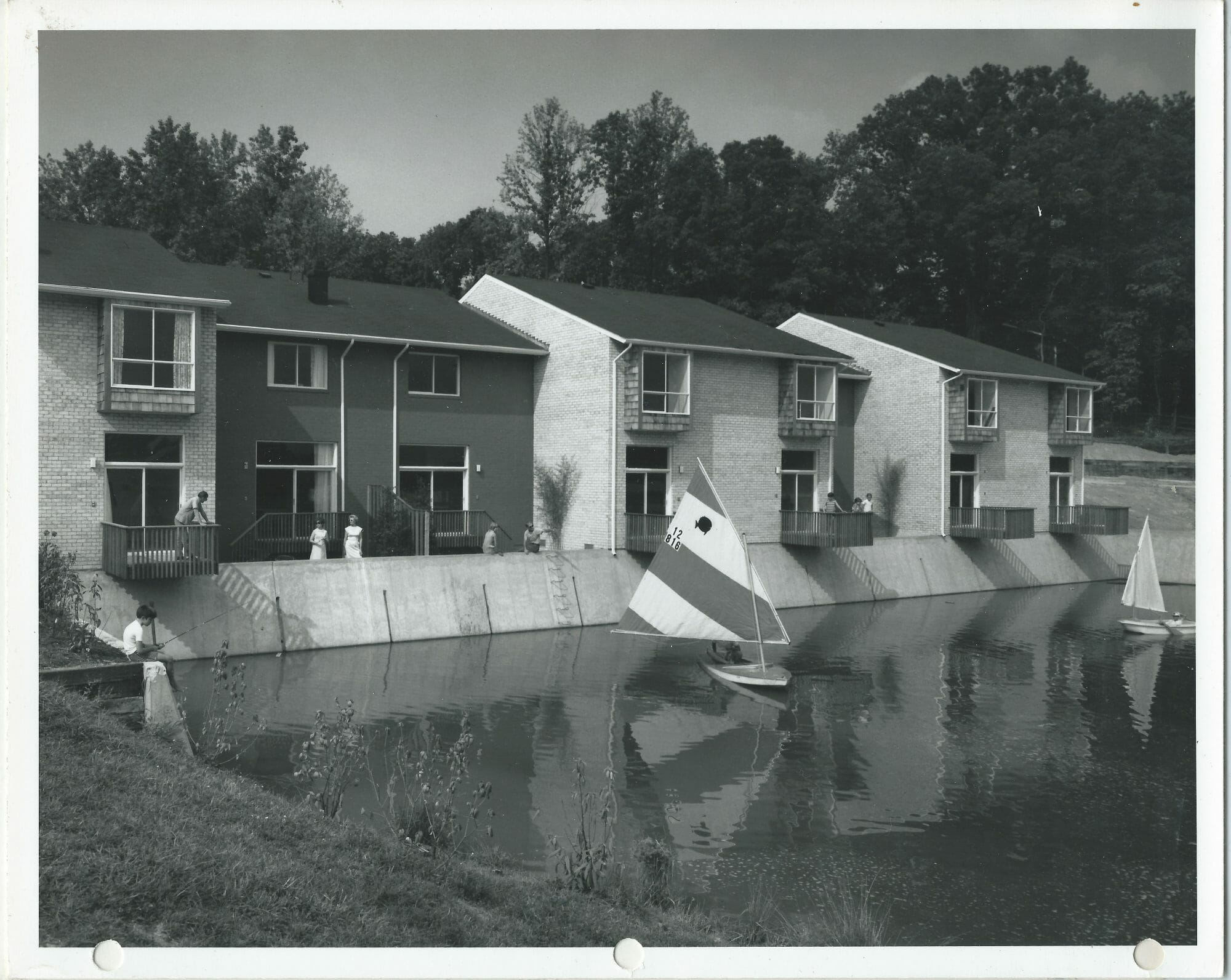 Sailboats and residents ... "Venice in Rockville" 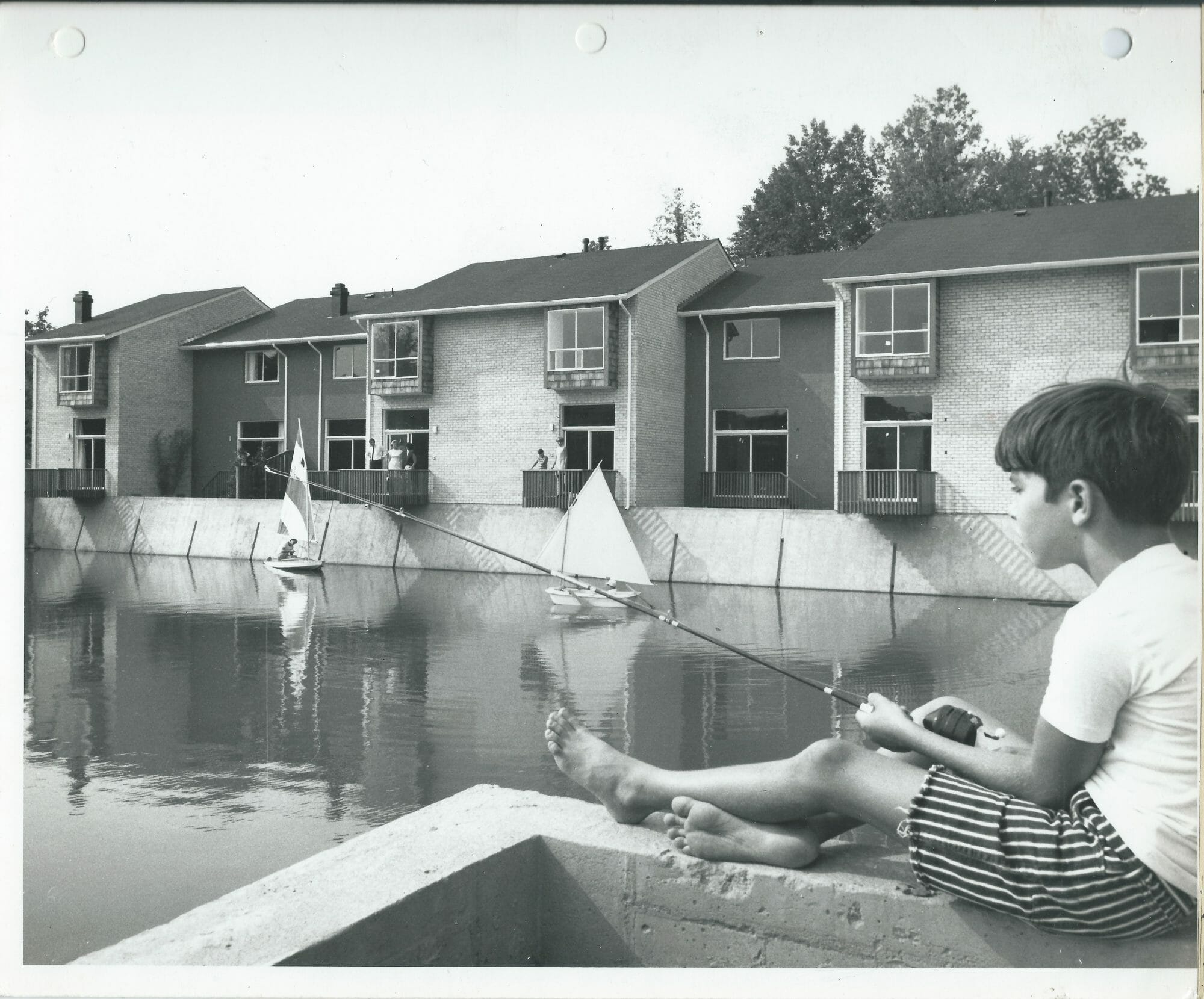 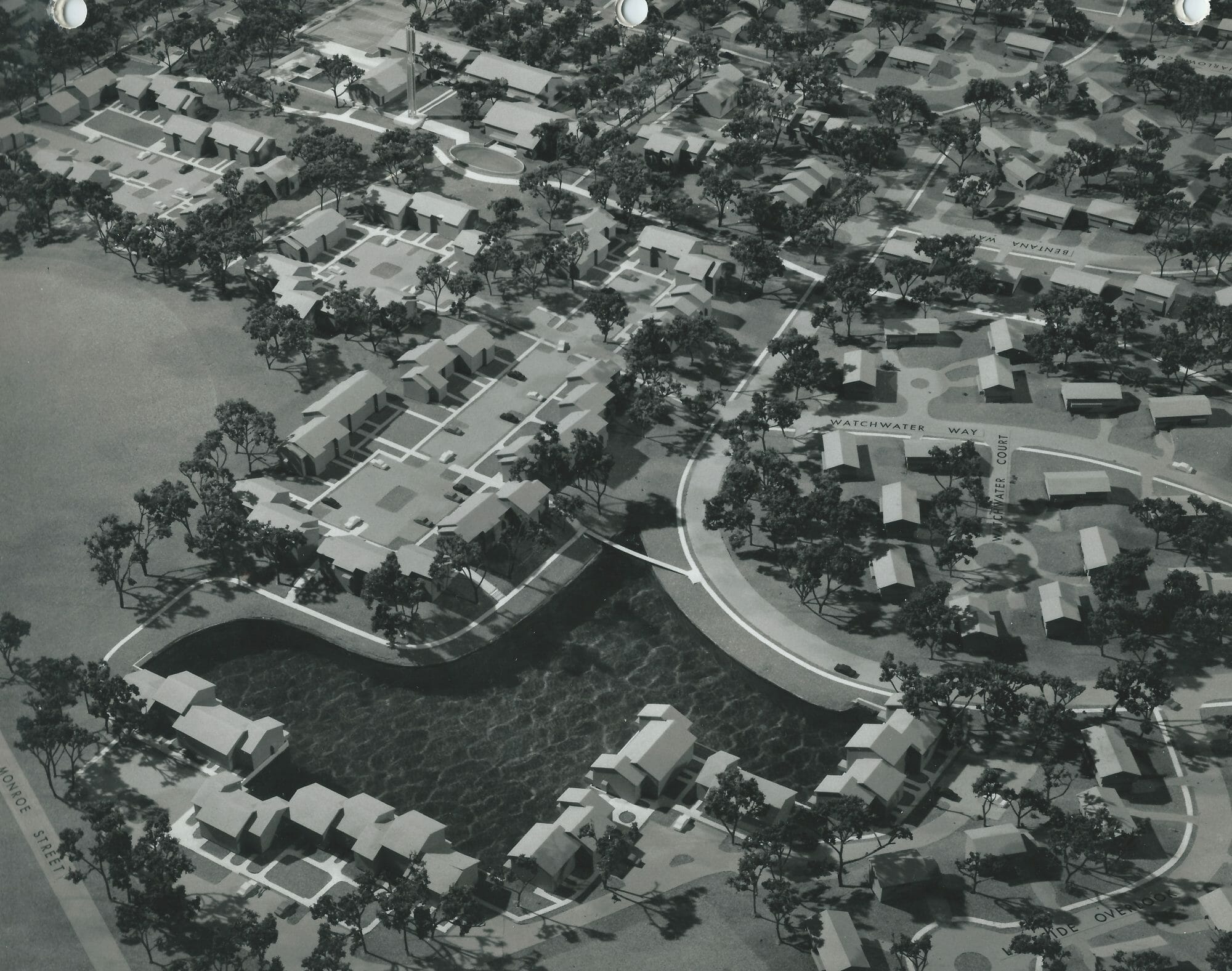 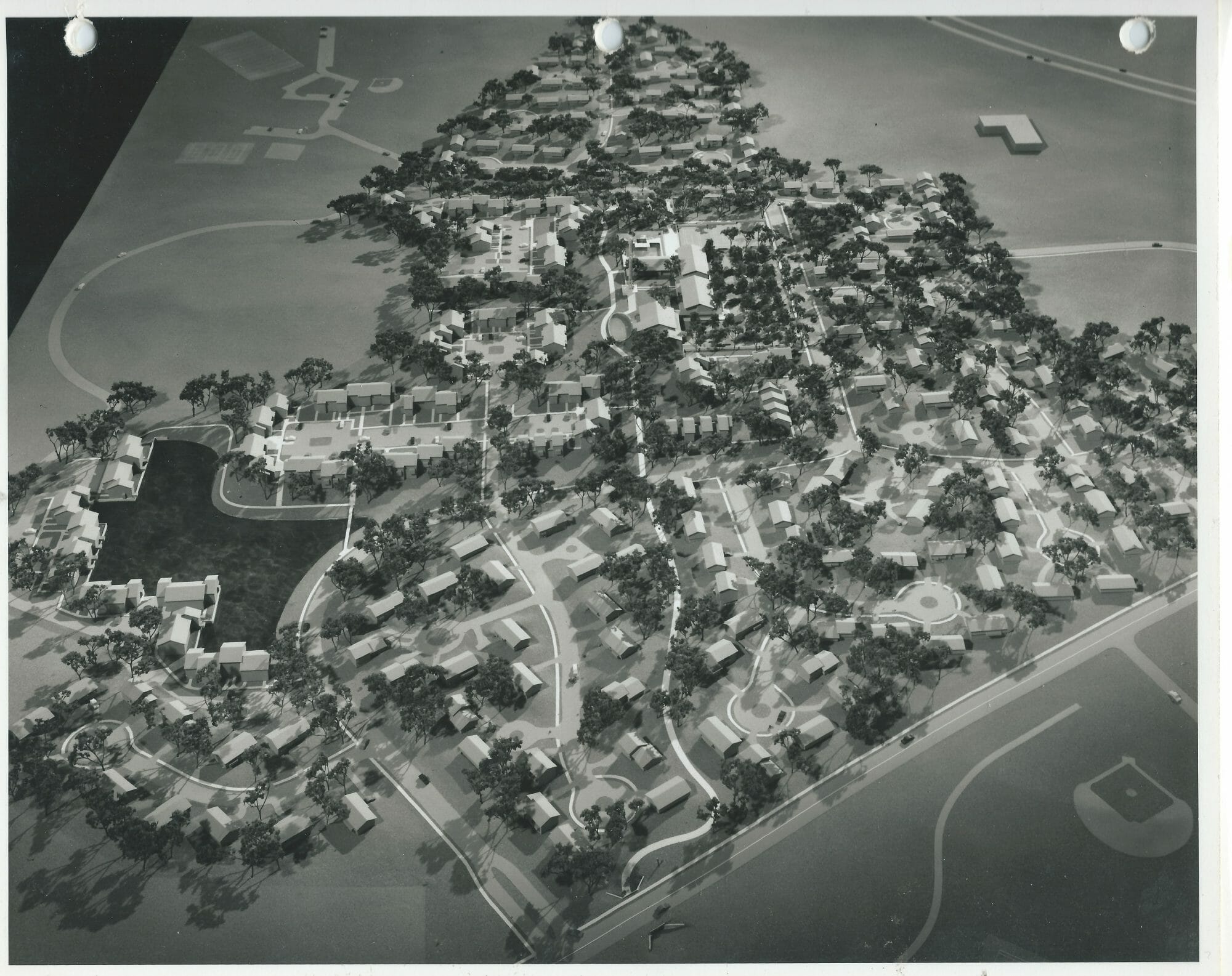 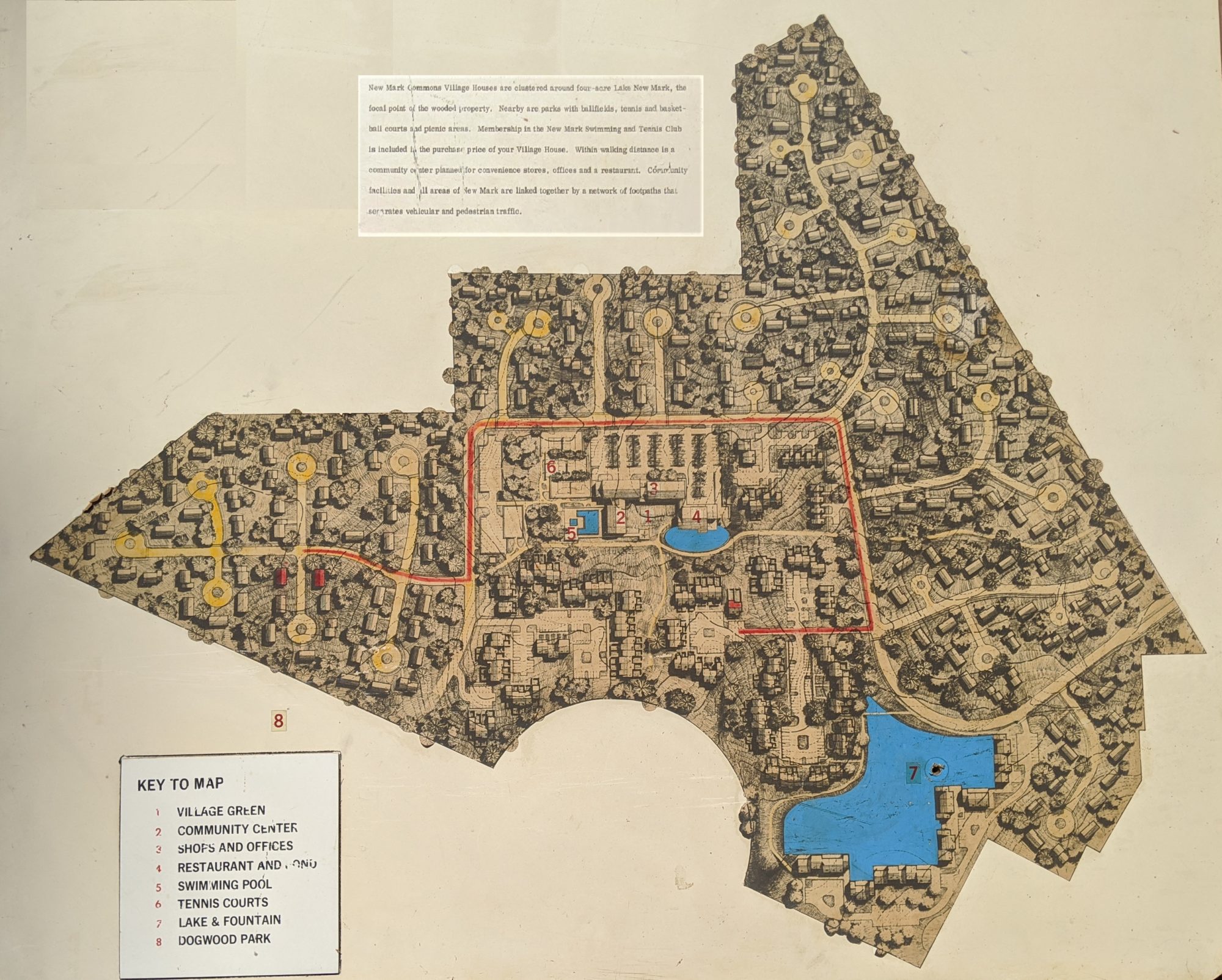 Discovered by Anne Cobb when she moved into her NMC home. 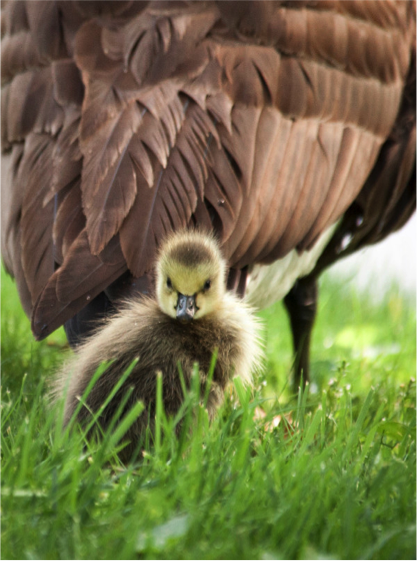 Mother and Baby ['Ladies of the Lake'] 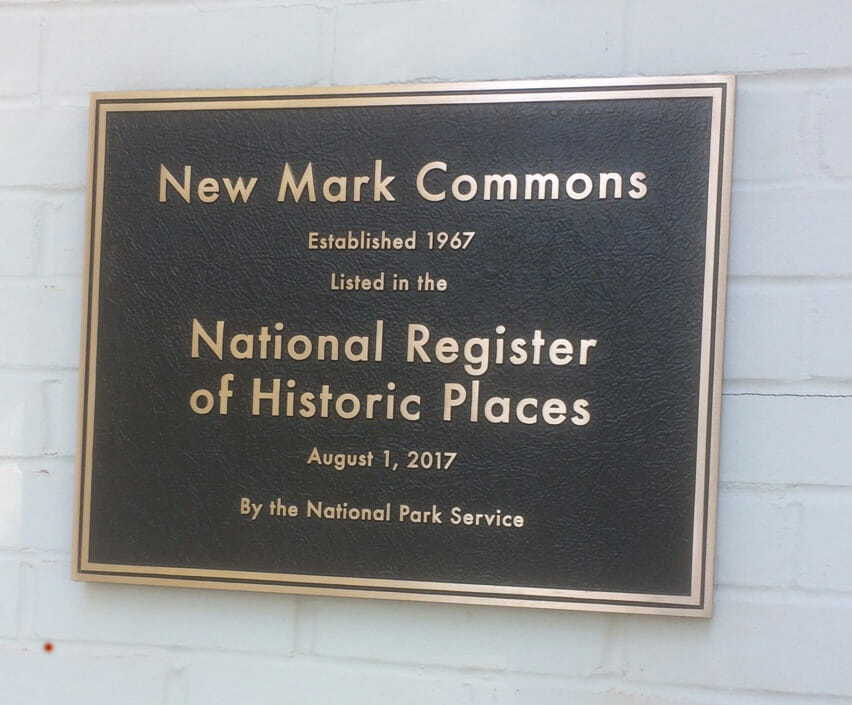