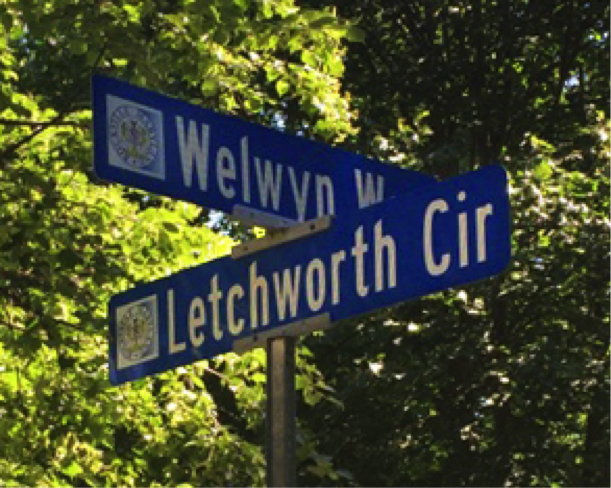 The question of how New Mark Commons got its name has never been fully resolved, apart from references to the idea that it represented a “new mark” on the landscape. But the addition of Esplanade to our main street certainly provided an international ambience to the neighborhood (and has flummoxed countless residents to spell it and explain it to outsiders.)

Nonetheless, we do know this: Ed Bennett, developer of New Mark Commons, was keenly interested in the large-scale planned communities being developed in post-war Europe. He visited many of them and showed his appreciation in naming most of the streets in New Mark.

To commemorate New Mark’s 50th anniversary, we are publishing a series of background stories about what part of the world our streets represent. Our year-long celebrations will culminate on October 21 with the annual Board of Directors’ cocktail party.

The pioneering visionary for communities like New Mark Commons was the English reformer, Ebenezer Howard, whose 1898 book, Garden Cities of Tomorrow, advocated construction of a new kind of town which would have housing, commerce, and industry interspersed with green space and surrounded by a greenbelt of wooded and agricultural land. The goal was “a town designed for healthy living and industry of a size that makes possible a full measure of social life but not larger, surrounded by a rural belt; the whole of the land being in public ownership, or held in trust for the community.”

After World War II, the British government embarked on a program of building “new towns,” mainly in the London region, to emulate the careful planning of the pioneering Garden Cities and to meet the huge demand for housing after the destruction of the war. Other European countries followed this model.