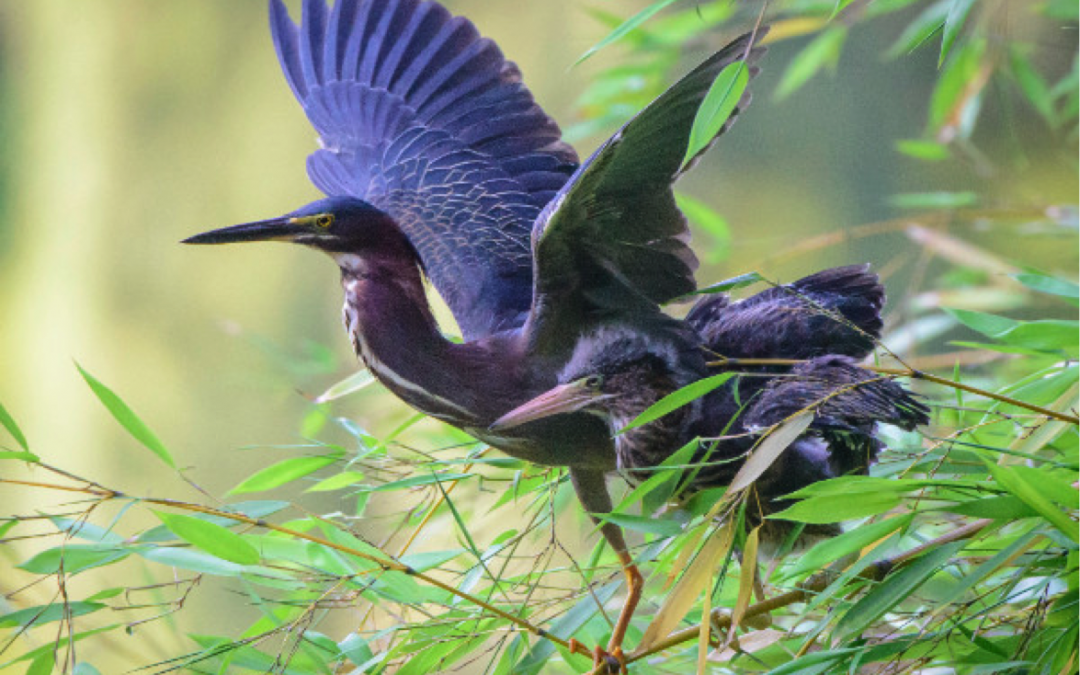 Sally Guardia, a “New Mark Original” who moved into 100 NME in 1971, has leveraged her appreciation of the lakeside setting of her home with her knowledge of nature, artistic eye, and skilled photography.  We will be publishing photos from Sally and other New Mark residents in newsletters and on this site. Some of Sally’s photos are already featured on the website Gallery, with more of her work to appear in the future.

Look for the Green Herons (their formal name, even though they look blue) in the neighborhood and down by the lake. This adult and juvenile were captured by the camera of Sally Guardia from her balcony in the 100 block on June 14, 2015.  She aimed her camera toward the bamboo stand by the lake, along the Esplanade.