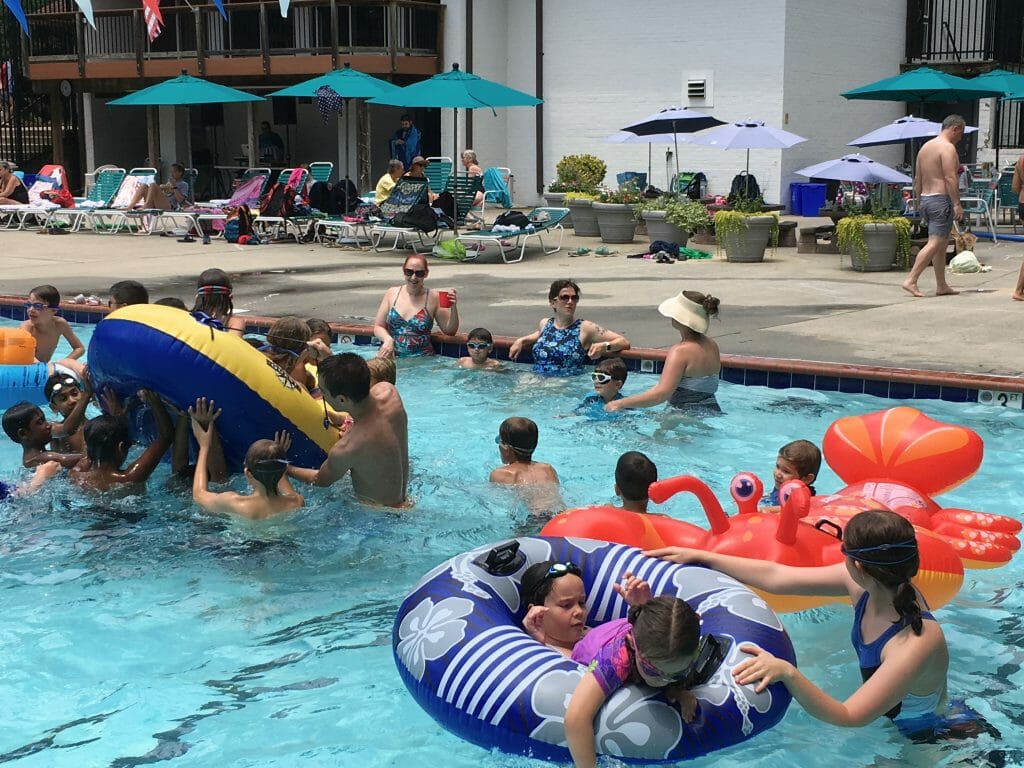 Thunder interrupted some of the day, but shortly after 1 p.m. the kids took control with their beloved floats. Floats are rarely allowed in the pool for safety reasons, and both lifeguard chairs were occupied with additional parents and lifeguards supervising from the deck. Swim team members usually have one “float evening” per season, so it was a special treat for the whole community to indulge.

Stephanie Bloom, who oversaw planning for the celebration, and her volunteers – many from the swim team – were busy even before the pool opened at 10 a.m., setting up tables and chairs under the trees for lunch. Last minute volunteers were hastily drafted. 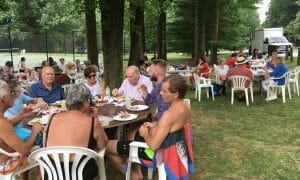 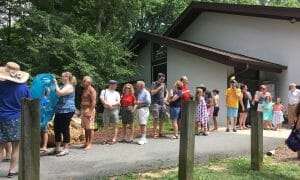 By 11 a.m., entertainer Ray Owen and his “Hats Off to America” show entertained in the Clubhouse, singing old American favorites remembered by many older folks in the audience. But the kids were game, raising their hands to suggest insects he could build into his song about the kind of bugs that annoyed Civil War soldiers at the Battle of Gettysburg: mosquitoes, lady bugs, grasshoppers, ticks! He swapped hats with each song – a railroad conductor’s cap for “I’ve Been Workin’ on the Railroad,” a bandana for a seafaring song, and so on. 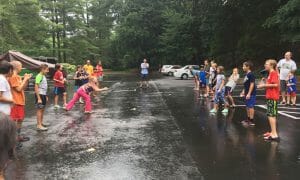 Unfortunately, the basketball game and greased watermelon contests were cancelled due to thunder and rain. A lively group reconvened at 5 p.m. for the annual egg toss. Matthew Hefferon and Luke Leonard were the big winners as they won both the first and third round of the competition.

Committee members, including Dasha Kimelman, Kathleen Moran, Karin Boychyn, Jim Denny, and Stephanie Bloom, have worked for months making this a great day for the community. Also, a big thank you to the many volunteers who set up the tables and chairs, sold food tickets, donated coins for the coin toss, helped inflate rafts, and supervised the raft time. 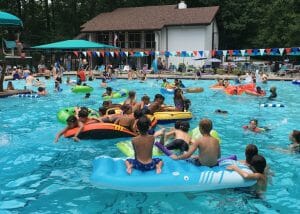 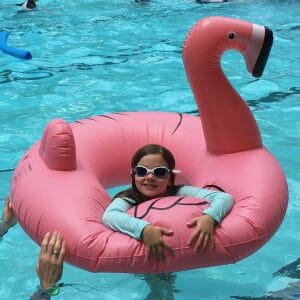 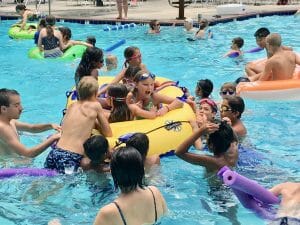 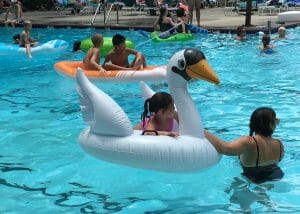 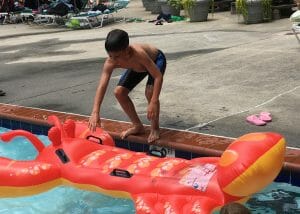 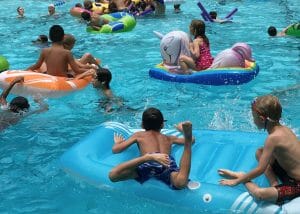 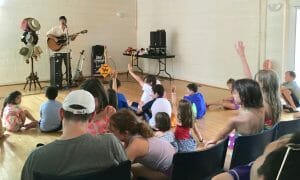 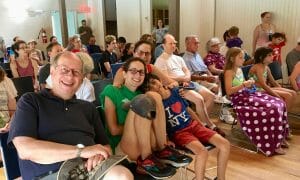 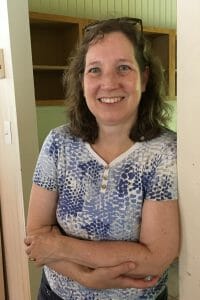 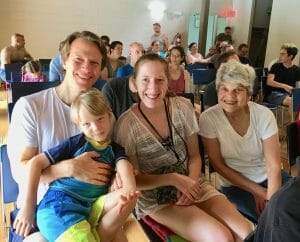