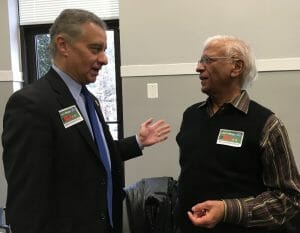 Kumar Barve, District 17 delegate to the General Assembly, held out hope to a standing-room-only crowd at the Rockville Senior Center on Saturday (March 9) that the governor’s plan to add up to four lanes to I-270 and the Beltway could be stalled for at least a year by a federal environmental impact study.

The “stall” could come as part of an addition to the budget legislation that was passed out of the Appropriations Committee late Friday (March 8) and will be voted on during the coming week. The Assembly must pass a budget before recessing in early April for the rest of the legislative year. The budget is the one piece of legislation that cannot be stopped by a governor’s veto.

Barve, who chairs the House Environment and Transportation Committee, described a package of other non-budgetary measures being considered in his committee that would present an even greater handicap to Governor Larry Hogan’s transport plans. But he believes the Senate is not yet ready to adopt them, and so is withholding passage out of committee until later. 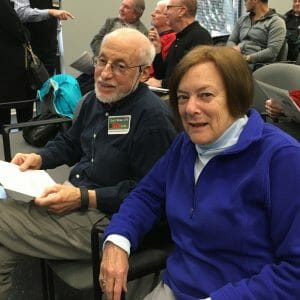 “We want to buy ourselves enough time to pull together a veto-proof majority [for the other measures],” Barve told the audience.

The audience heard testimony from people who would lose homes and businesses if the widening goes ahead, including the owner of Carmen’s Italian Ice in Woodley Gardens. Others testified that their back door would open out onto a wall and that their property values would plunge. They anticipated losing the network of neighbors, community and schools built up over a lifetime.

Despite strong opposition to broadening I-270’s footprint and strong advocacy for public transport expressed at public hearings last year, the Maryland Department of Transportation (MDOT) is proceeding with Hogan’s plans to go forward with new toll lanes to be built by the private sector. 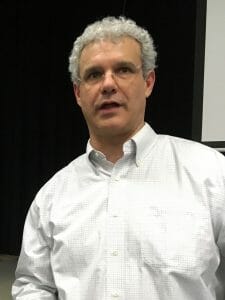 Pete Altman, who chairs the Don’t Widen 270 group (https://www.facebook.com/dontwiden270/ or https://dontwiden270.org/), noted that the last time 270 was widened – in 1990 – planners projected it would accommodate traffic growth up to 2010. But by 1995, the road was as congested as before. He charged that Hogan and Pete K. Rahn, chairman of Maryland Transportation Authority, “aren’t doing their homework and aren’t learning from history.”

Traffic analysts say that the reason you can’t build your way out of congestion is something called “induced demand,” which means traffic will grow to fill the newly opened space.

Rahn is expected to appear before the Montgomery County Council on March 18 or 19, and Rockville City Council member Mark Pierzchala urged opponents of the plans to turn out for the meeting. Final time and date are expected to be posted on the Don’t Widen 270 group’s Facebook page.

“We gotta’ have heart, ‘cause this is gonna be a slog,” Pierzchala said, challenging the audience with the title song from the musical Damn Yankees. “We have to come at this every day for three to five years.” 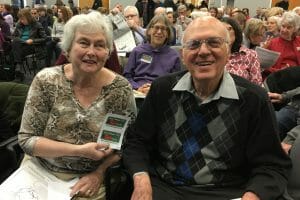 Under existing legislation controlling privately-built toll roads, planning and placing of bids can occur simultaneously with the environmental impact study, even if a final route has not been chosen, Barve explained. The new addition to the budget measure would require a federal environmental impact study to be done before contract bids can be let.

Barve faced down demands from the audience that his committee report out the other measures, which included one that could stop a private road project if the majority of affected counties objected; one that would ban the taking of any private property; and one that would also call for environmental review. The measures, however, face opposition in the Senate.

Putting through legislation that faces opposition in the Senate could add another three to five years before they can come around again or could even kill the bills permanently, Barve said.

“This appropriations measure freezes [the project] for one year of time,” Barve said. It allows time for negotiating with the Senate in the interim year.

By requiring the federal environmental impact study (EIS) to be done first, it forces the administration to set in place the final route of road expansion, Barve said. It will prohibit MDOT from even soliciting for plans and bids until the impact statement is available.

Doubters in the audience worried that the federal EIS could be done in less than a year. But Barve said he did not “believe” the study could be finished quickly, because it is a “very involved, and very time consuming” process.

Barring that delay, Barve offered reassurance that any private road plan must get final approval from the powerful three-member Board of Public Works. The members are Hogan; State Treasurer Nancy Kopp, a Bethesda resident who represented her district as a delegate for 27 years before her election as Treasurer in 2002; and Comptroller Peter Franchot, a Takoma Park resident who served 20 years in the legislature before his election as Comptroller in 2006.

Public pressure would have to be brought to bear on Kopp and Franchot – both Montgomery County residents – if it came to that, Barve indicated.

In the north of Montgomery County, there is likely support for widening 270 because residents have little access to public transport and face congestion every day if their jobs are to the south. County Executive Marc Elrich noted that residents of Clarksburg, for example, feel stranded.

Plans have been on the books for more than a decade to offer them relief. Elrich said his administration is proposing a widening of Route 355 to five lanes from Clarksburg to Montgomery Village, using rush hour reversible lanes similar to those on Connecticut Avenue and Canal Road.

Asked what could be done to get County Council to endorse the bills in Barve’s committee, Elrich held out little hope. “Some of the [elected officials] are getting pounded by upcounty residents,” he said.

Ideas for alternatives to expanding the roadway bubbled up during the meeting: extend bi-directional public transport to Frederick in the form of trains, monorail or rapid bus transit; repaint the lines on 270 and use inside service lanes to create more lanes; reverse direction lanes during rush hour; and building multi-level lanes over 270.

“I’m trying to say you can support traffic relief for upcounty without supporting this [stupid] project,” Elrich said.

Newly-elected Council member Gabe Albornoz called for economic development in the upcounty that would provide more jobs for local residents and reduce transportation demands. And Rockville City Council member Virginia Onley pleaded for officials to understand that their future constituents, the millennial generation, want to get out of their cars and into public transport.