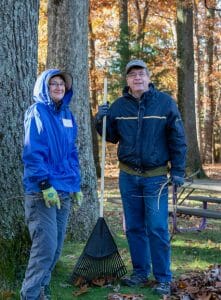 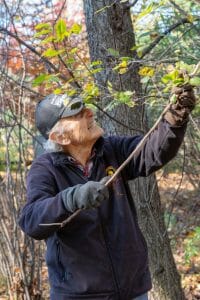 Saturday, November 10 was a cold and blustery day when the Landscape Committee sponsored their semi-annual Clean-up. Luckily, it was a dry day for the Fall cleanup and this year’s Fall Clean-up turned out to be a huge success.

We had 15 hearty residents – from age 4 to 94 – participating in making NMC beautiful. After meeting at the Clubhouse to choose an assignment and enjoy refreshments, we headed to work. We pruned, picked up trash and gathered the large branches that had fallen since our Spring Clean-up. 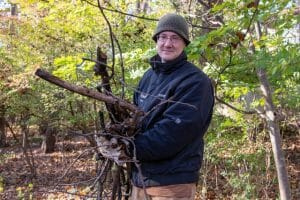 One team tackled vines on the lakeside slope next to the bridge. Ellen Stein, the Board member who chairs the Landscape Committee, said the mother-daughter team had “exposed boulders we haven’t seen in years.”

Ellen said it was the first time she wasn’t in charge of the semi-annual Clean-up, having handed the reins on to Chris Chiappa and Beth Williamson as co-captains.

“I was just a worker bee,” she said, referring to the work that she did trimming bushes by the main lakeside steps with a fellow Board member. 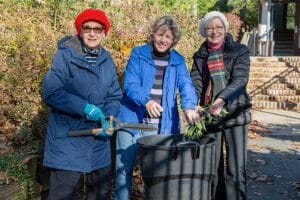 I want to say a special thank you to my co-captain, Chris Chiappa, and fellow landscape committee members, Ellen Stein and Kathleen Moran, for their assistance. The Clean-up was definitely a team effort. I also want thank Sally Guardia for taking the pictures of the hard workers. And a big thanks to all those who braved the cold to participate: Karin Boychyn, Emily Boychyn, Michael Boychyn, Robert Boychyn, T Chiappa, Chris Durso, Jeanne Durso, Frances Durso, Wini Herrmann, Miki Komlosh, Debbie Mesmer, Ken Misner, J.P. Muller, Henrik Olsen, Ann Turner, Bob Turner, Jim Whalen, Saven Wilkins, and anyone else who joined us and whose name I missed. What an impressive display of community spirit! 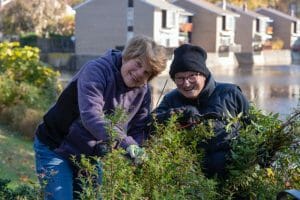 Board members Ellen Stein (L) and Kathleen Moran at lakeside 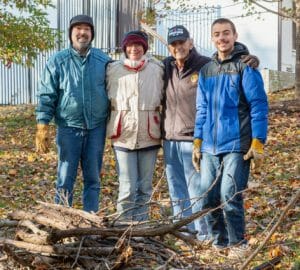 Thanks again for making this effort a success and doing your part to improve our community! NMC looks gorgeous. 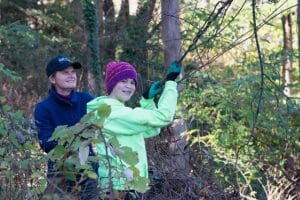 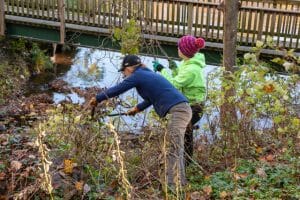 Karin and Emily Boychyn pull down vines to uncover long-hidden boulders at lakeside near the bridge. 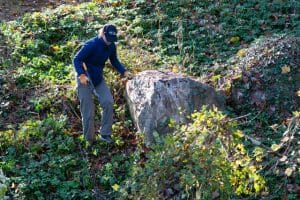 Karin Boychyn with the boulder she and daughter Emily unveiled from all the vines that covered it. 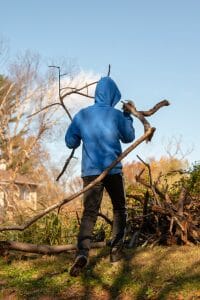 Robert Boychyn, shown here from the back, worked with his father Michael to clean out brush and branches from the far end of the lake