On October 31, New Mark gremlins, ghosts, critters and creatures held a parade and potluck to show off their costumes! 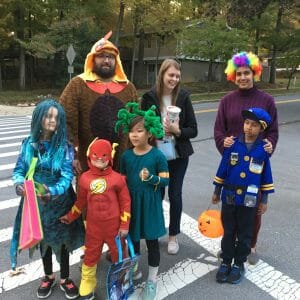 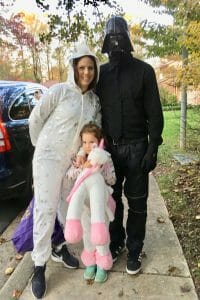 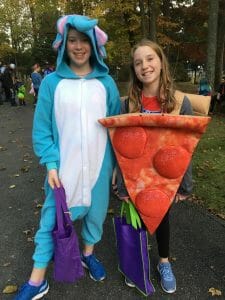 The Elephant (Ella) and her sidekick, Pizza (Leah) 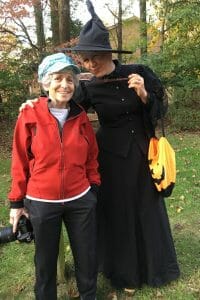 The Witch (Odile) and her neighbor, Sally Guardia, one of our nature photographers 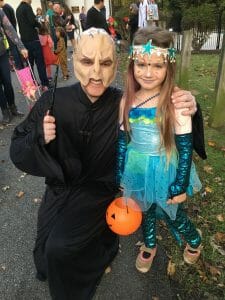 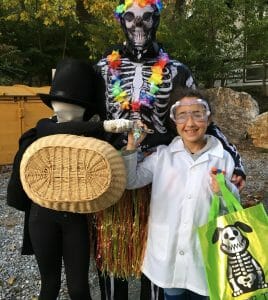 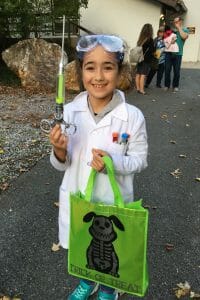 The Scientist and her enormous Syringe 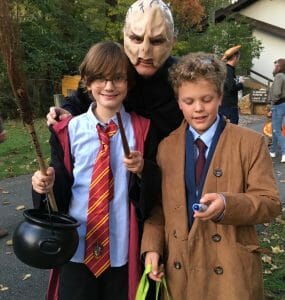 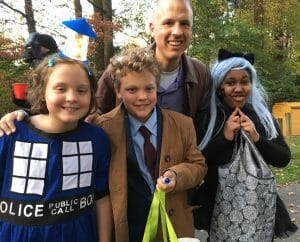 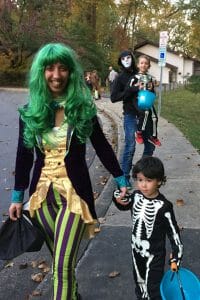 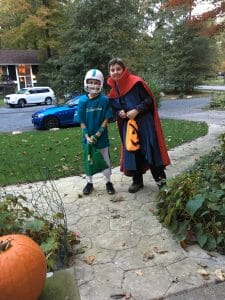 House to house, the gremlins came 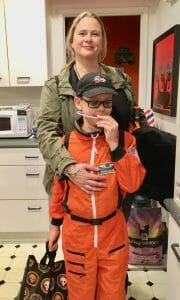 The astronaut (Kirk) and his protector, Janet 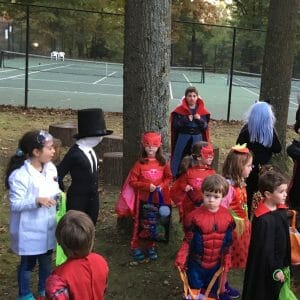 The mad scientist views her gremlin patients. Is that Dracula eyeing his next victim from the tree shadow? 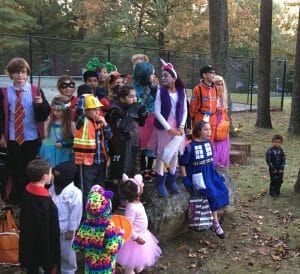 Harry Potter keeps watch over the frightful monsters. The lone figure on the right wonders where it will all end! 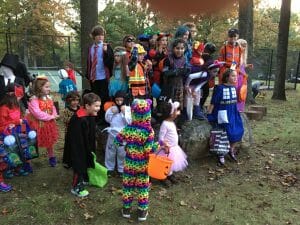 The unearthly gremlin tribe prepares to haunt the neighborhood.