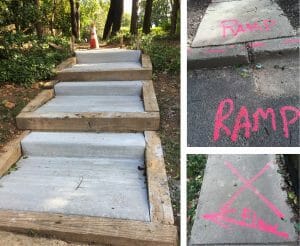 These photos show some of the finished work by the AB Veirs crew in the 100 Block and some of the colorful markings as the crew prepared to move into the 200 Block. Note the new, manageable steps created on the approach to the woodland path connecting the 100 Block to Monroe Street! They are a great improvement over the former approach which required high stepping. The other photos show how the cement repairs are being handled where needed. The one unfinished spot in the 100 Block was in front of the very first townhomes after turning in from the Esplanade. Photos by Pat Reber.

Directors approved several modifications to the townhouse paving project and reviewed architectural control violations at a special meeting of the New Mark Commons Board of Directors on October 17.

The board approved $12,275 for a new block retaining wall for the 872-876 section of New Mark Esplanade (NME). Directors specified that the coloration and design of the new wall should be consistent with the retaining wall on the other side of the parking lot.

Directors approved $5,000 of additional work to deal with drainage issues along the footpath between 315 and 316NME. The modification, which involves digging an 80-foot trench, was recommended by the independent engineer hired to supervise the work. Paul Jordan, owner of 315NME, voiced his support for the recommendation.

The board reversed a previous decision and approved a motion to retain an island in the parking lot near 338 and 340NME. President John Daroff said that residents have expressed a preference to retain the island. The $10,500 cost of retaining the island is less than the $12,000 cost of replacing it. 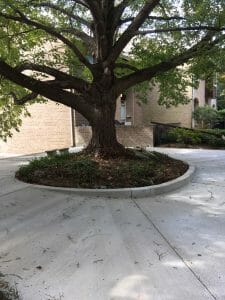 Markings for reserved spaces in the townhouse parking lot will continue to be painted on the curbs. The board rejected a suggestion to install a plaque for each, which would have cost $20,000 more to install with the promise of reduced maintenance costs in the future.

Directors voted to spend $6,500 to repave the parking lot for the 400 block ofNME, which was overlooked in the initial contract.

Directors approved a procedural change in the disbursement of funds. The homeowners association is using a $750,000 to fund the repaving project. The board authorized President Daroff and Treasurer Kathleen Moran to authorize draws on the line of credit. Previously, draws required unanimous approval of the full board. President Daroff warned that policy would have required frequent ad hoc board meetings. 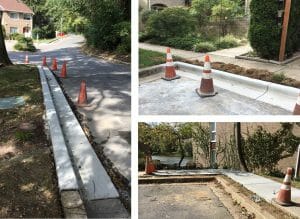 The agenda listed eight hearings regarding violations identified by the Architectural Control Committee. John Hansman, ACC chair, explained the findings. Notifications had been sent to the homeowners involved, but none of them attended the meeting. 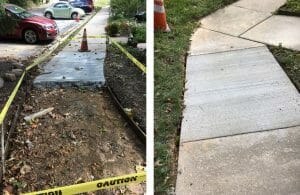