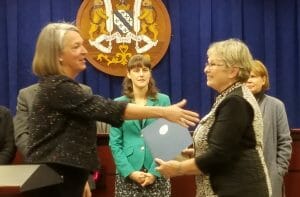 Click here to see the video of the award presentation. 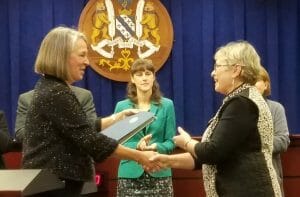 As the nomination document states: “In addition to her ongoing community involvement as an active member of the New Mark Commons Communications Committee and serving as the ‘reliable narrator’ in her NMC newsletter reports about Board meetings and other community events, Pat has been the catalyst, lead, and overall ‘glue’ for New Mark Commons’ 2017 50th Anniversary activities. MANY dedicated New Mark volunteers contributed to the numerous Anniversary research, media development, and social activities, but Pat’s leadership and energy went above and beyond.”